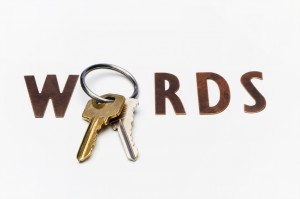 In contracts, what is meant by:

Often people refer to certain provisions of an agreement as “boilerplate.” For example, it is quite common that a client will say to me “The agreement I need you to review is mostly boilerplate, so it should not take long to review.”

What do people mean by “boilerplate?”

Many years ago, “boilerplate” referred to extra metal plates that were wrapped around a boiler to limit damage if the boiler blew up. They were often unneeded and used more for show than for effect.

As commonly used today, “boilerplate” refers to provisions or sections of a contract (1) that are “standard,” (2) don’t much affect the contract’s “important points,” (especially those that refer to money matters), and (3) so, don’t really need to be reviewed carefully.

Additionally, when reviewing a contract, you must also consider what might be “missing” from it, and how what is “missing” might pose a threat to you and your interests.

Many times I have seen seemingly innocuous provisions in agreements that – intentionally or not – change the expressed intentions and effect of the contract.

Here are some common contract provisions that people often mistakenly call “mere boilerplate,” and in doing so endanger themselves and their interests:

I don’t mean to make you paranoid, and I am not trying to scare you into hiring an attorney every time you have to sign a piece of paper, but I do want to shatter any myth you may have heard or been told, especially by HR, that any words or clauses of any contract can be treated casually.

So, please bear in mind, that when anyone says that “That paragraph is nothing but boilerplate,” or “Most of this agreement is boilerplate,” as soon as you can, you should put on your strongest reading glasses, and carefully read and consider every word of it. And each punctuation mark, too.

Don’t permit yourself to be misled, don’t mislead yourself.
Nor should you “save” five minutes of reading and lose, perhaps, your career, as a result.

Need to send a model memo or letter to make a request or complaint? A good checklist or form agreement? For a complete list of our Model Letters, Memos, Checklists and Sample Agreements, Just [click here.]