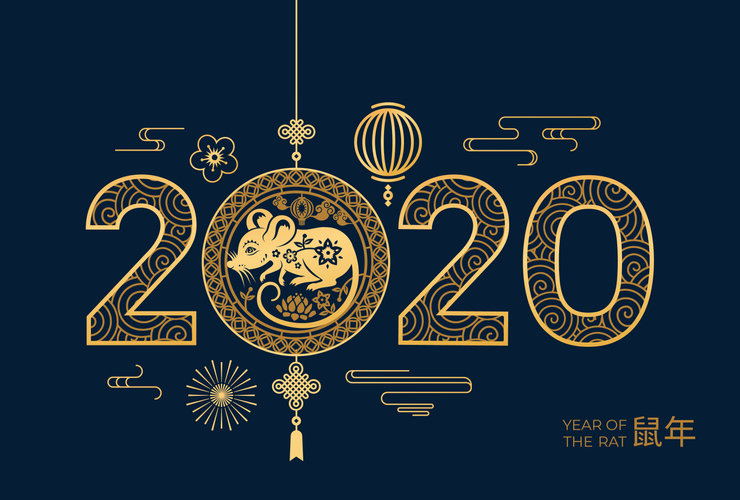 On This First Day of the Chinese New Year – A Message for all our Friends, Regardless of Ancestry:

Legend has it that in ancient times, Buddha asked all of the animals to meet him on Chinese New Year. Twelve came, and Buddha named a year after each one. He announced that the people born in each animal’s year would have some of that animal’s personality.

We are now entering the New Year of the Rat. The Rat is the first of all zodiac animals. According to myth, the Jade Emperor said the order would be decided by the order in which they arrived to his party. The Rat tricked the Ox into giving him a ride. Then, just as they arrived at the finish line, Rat jumped down and landed ahead of Ox, becoming first.

The Rat is also associated with the Earthly Branch and the midnight hours. In the terms of yin and yang, the Rat is yang and represents the beginning of a new day.

In Chinese culture, rats were seen as a sign of wealth and surplus. Because of their reproduction rate, married couples also prayed to them for children.

Optimistic and energetic, people born in the Rat year are likable by all. They are sensitive to other’s emotions but are stubborn with their opinion. Their personality is kind, but due to weak communication skills, their words may seem impolite and rude.

On the financial side, they like saving and can be stingy. However, their love for hoarding will sometimes cause them to waste money on unnecessary things.

At Chinese New Year celebrations people wear red clothing, decorate with poems on red paper, and give children “lucky money” in red envelopes. Red symbolizes fire, which according to legend can drive away bad luck.

During this 15-day holiday period, we wish all of our visitors of Chinese ancestry, and all of our other friends, family, visitors and readers, as well, a New Year full of good fortune, good cheer and good health.