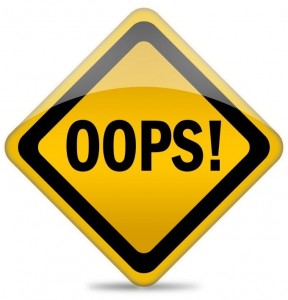 — Danger Ahead:
Expense Reports Are Ending Careers Like Never Before —

According to published reports, Wells Fargo has recently suspended or terminated scores of its employees for errors and mistakes in expense reimbursement reports – believe it or not – in some cases for ordering in meals an hour before they were permitted to do so.

In the case of one terminated employee who contacted us, her intent was merely to have her meal waiting when her conference call ended, yet the outcome was her firing, her forfeiture of $2.5 million in unvested stock, and the end of her career.

Is it a coincidence that Wells Fargo also just announced that it was planning to reduce its workforce by tens of thousands of employees in the coming year?

According to published reports, Fidelity has recently terminated hundreds of employees for allegedly submitting false or misleading receipts related to employee benefit programs that permitted employees to be reimbursed for computers they purchased for work.

In finance, most of such firings or forced resignations must be reported publicly, ending not just jobs but careers and reputations, as well.

Is it a coincidence that Fidelity also just announced that it was planning on reducing its workforce by thousands in the coming year?

I am not one to believe very much in coincidences. And, I am acutely aware that fired employees must forfeit unvested equity, are not entitled to COBRA insurance benefits, and do not get offered severance. It just makes sense to me this might well make many employees especially attractive targets for such “cost savings.”

The same goes for those forced or “permitted” to resign under the dark cloud of such allegations.

And, too, clients in HR Planning suggest that, despite press reports of a shortage of workers, we may be on the verge of a large wave of layoffs – some honest, some disguised – enabled by the introduction of artificial intelligence software.

So, tread ever-so-carefully when incurring any reimbursable expense, and requesting any type of expense reimbursement. Don’t cut corners, bend the rules, or twist the truth. And don’t expect flexibility or reasonability in enforcing “the rules.” The potential consequences are so much greater than the potential benefits.

Caution: There may be Danger Ahead.

For a review of our articles on allegations of misconduct, just [click here.]

To arrange a telephone consultation on strategies to deal with such workplace issues, just [click here.]