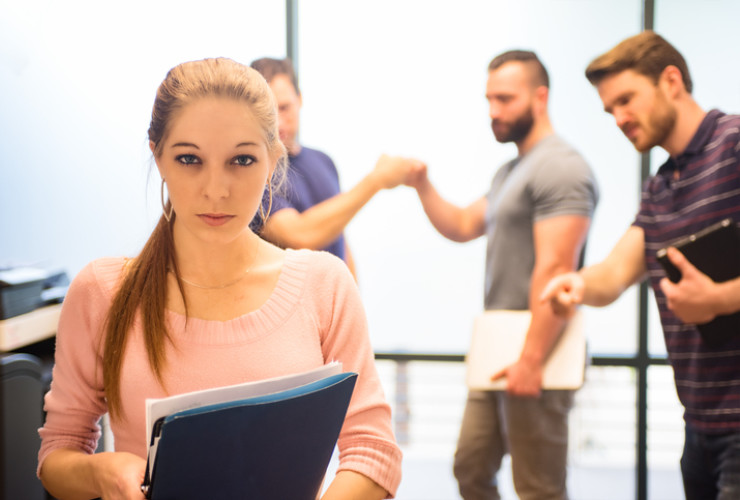 “If you lie down with dogs, you get up with fleas.”

If you can’t see the photo above, please [ Click Here ].

ACTUAL CASE HISTORIES: As a law student, I did legal research for a law firm specializing in criminal defense. From the topics I researched, it seemed they did a lot of work for clients arrested on charges of illegal drug sales. The firm had two partners, who I refer to as “Robert” and “Daniel.”

Robert was often in Court, whether in bail hearings, arguing motions or on trial. Daniel was more the “inside the office” partner, often meeting with clients, but rarely if ever on the phone. One day, when I arrived to deliver my research results, the office was full of federal agents taking files out in boxes. I later learned that while Robert was in Court that morning, Daniel had been arrested for the alleged crime of aiding and abetting criminal sales of narcotics.

Robert was not arrested, because he was defending clients who were alleged to have committed crimes in the past, which is an entirely legitimate activity. But Daniel was arrested because he was accused of helping clients engage in ongoing and future crimes by counseling them on strategies and tactics to evade arrest, that is, “aiding and abetting” their crimes.

As you can see, aiders and abettors can include anyone, whatever their profession, so long as they are knowingly “enabling” the commission of present or future crimes. No one is above the law.

LESSON TO LEARN: The lesson is this: it’s one thing to defend an abuser or a criminal, but it is a wholly different thing to help her or him (i) commit an ongoing impropriety or crime, or (ii) to encourage or enable them to continue to commit improper acts or crimes in the future. And that applies to all crimes, including the crimes of aggravated sexual harassment, stalking, rape and the like, and whether to organization is a criminal gang, a public corporation or even a charity.

“Enablers” of #MeToo predators have in recent years have been arrested or sued, themselves, including the enablers of former financier Jeffrey Epstein, former movie mogul Harvey Weinstein, and former sex cult leader Keith Raniere. Notably, most of their enablers were women.

What if you know that someone is harassing a colleague, and do not report him or her and thus “enable” him or her to continue? A prosecutor, a jury or the court of public opinion might one day “convict” you, as well. “Not fair,” some might say. Maybe so, but with increasing frequency, HR Managers and In-house attorneys are, themselves, being held to account, and so they are starting to understand that “enabling” is a crime, like it or not, whoever you are. You see, if you have the company’s “protectors” not protecting employees, but instead protecting their abusers, the company and its senior executives can be held accountable, as well.

WHAT YOU CAN DO: Review and take to heart these seven (7) thoughts:

1. Simply being accused of a crime can have devastating effects on career and reputation. Much of what is written in this article concerns the crimes of harassment, abuse, stalking and even rape that can take place at work or by one colleague upon another. Most workplace abuse does not reach the level of intentional misconduct to warrant an arrest or trial. Perhaps the most significant message of this newsletter is that your view is not dispositive, but instead it may be the view of the victim, the police, or the jury . . . or everyone who becomes aware of what you were accused of.

2. Let’s start with a definition of the crime called “Aiding and Abetting”: The act of knowingly giving support or encouragement to someone known to be planning, committing or covering up a criminal act, or a course of criminal acts. It can also entail helping someone evade discovery or capture in the midst of an ongoing course of criminal conduct. It does not require being present at the crime scene, yet does carry criminal penalties as if the aider and abettor was, himself or herself, committing the crime. “Aiding and abetting” is also sometimes called “acting as an accessory” or “criminal facilitator.”

3. Anyone can criminally “Aid and Abet,” even an attorney, a Human Resources representative, an Employee Relations manager, or a colleague who is aware of abuse, and agrees to “look the other way.” Joking with a perpetrator about his or her “conquests” may fit the definition of “aiding and abetting” a crime because it is “encouraging.” So, too, might “offering an alibi” to a co-worker who you have reason to believe has committed improper acts over and over again. Or assigning a new or younger employee to work for a more established colleague with reason to believe it might well result be a prelude to a second or third course of abuse. Many different acts, events, circumstances can, together, paint a picture of aiding and abetting a serious crime. And, thus, your own accountability for that crime.

What about being assigned, again and again, to “defend” or “get a confidential settlement” for your employer’s executives accused of criminal harassment, stalking or even rape? By your doing so, are you not “enabling” your employer to “offer up this benefit” to repeat predators? Bob Weinstein, partner and brother of Harvey Weinstein, was publicly sued no less than three times for doing just that.

4. Even if you, yourself, do not commit the primary crime, being held to account for assisting or hiding what took place might well result in your losing your job, career and reputation for what you did, or did not do. It’s just a matter of good judgment. Would you permit someone to treat others in a certain way if the recipients of those among those others were your child, spouse, or parent? Bear in mind that in many instances, especially in emotionally charged ones, how you perceive what you are doing may be very very different from how the victim of that wrongdoing perceives it.

5. Review your Employee Handbook for what your employer may have set as your obligations if you become aware of sexual harassment, physical abuse, stalking at work, or stalking after work. More and more employers are setting clear requirements for reporting knowledge of “#MeToo” situations, both because it is simply wrong, and because they seek to prevent lawsuits, and the liability and notoriety they bring. Many providers of Employer Practices Liability Insurance, commonly referred to as “EPLI,” now require clear and strict policies in this regard be regularly disseminated.

6. Many don’t realize that Criminal Stalking – which can result in lengthy imprisonment – does not require any physical touching. In many US and European jurisdictions criminal statutes have been enacted that make “stalking” an offense punishable by imprisonment. Most of them, like New York and California, do not require any physical touching to be guilty of the crime. Instead the criminal laws focus on placing another person in fear, if they do not comply, of such things as job loss, retaliatory workplace demotions and the like, simply for saying “NO.” Repetitive phone calls can be an element, as can continual requests for time, attention or affection. In New York if “harm” takes place, imprisonment of up to seven (7) years is possible. Because he was a serial predator, Harvey Weinstein was sentenced to 23 years in prison.

7. Remember that, when it comes to the many forms of “#MeToo Misconduct”:

Because perspectives are so personal, and the risks are so great, all are advised to be no less than 200% prudent in avoiding being involved or associated with such misconduct. Instead, all are encouraged to take a clear, unequivocal and active stand against it wherever it may be encountered, most importantly at work.

Those who seriously misbehave often do great harm to others. Fortunately, they are increasingly being held strictly accountable. While each is entitled to a defense, in many cases there is a fine line between “defending” and “enabling” such misconduct, especially if it is repeated misconduct or a regular course of misconduct. If recent events are a harbinger of the future, we expect many #MeTooEnablers to be held accountable for the crimes they permit, condone or encourage, just as the law provides, to their great dismay. As my mother always told me, “If you don’t hold people accountable, you have no reason to expect them to act responsible.”

Watch for These Upcoming Articles
When Even Janitors Get Stock Options . . .
The Advantages of Using Agendas
Once Negotiated, It’s Always Re-Negotiable
Desktop Breathing at Work
When Founders “Divorce”
Yes, I trust you . . . But Not Blindly

“Whether times are good or bad, happy or sad, let’s stay together.”

To help you and those you love to achieve all due reward, security and dignity at work, without charge we offer our “Sklover’s Private Library,” of newsletters, articles and posts, over 1.25 million words organized into 62 topics, each a part of the employment experience. They are the “lessons learned” in counseling and representing clients worldwide each day for over 40 years. There is nothing like it, anywhere. Just [click here.]

And to further assist you, we also offer you for a nominal charge our Model Memos, Letters and Checklists to literally Help You Help Yourself in these matters. Just [click here.]

To our best knowledge, no one in the world helps you at work in these ways like we do. We are very proud of that.
Always With You,
Al Sklover

P.S.: If you would like to speak directly with us about this or other subjects, we are available for 60-minute or 120-minute telephone consultations, just [click here.] Evenings and weekends can often be accommodated.

SkloverWorkingWisdom™ emphasizes smart negotiating – and navigating – for yourself at work. Negotiation and navigation of work and career issues requires that you think “out of the box,” and build value and avoid risks at every point in your career. We strive to help you understand what is commonly before you – traps and pitfalls, included – and to avoid all likely bumps in the road. Being aware that your being involved in any way in the commission of a crime, now or in the future – whether you are an In-House attorney, a Human Resources representative, or just a colleague who either “offers and alibi” or “looks the other way,“ you may one day come to regret it in a serious manner.

*A note about our Actual Case Histories: In order to preserve client confidences, and protect client identities, we alter certain facts, including the name, age, gender, position, date, geographical location, and industry of our clients. The essential facts, the point illustrated and the lesson to be learned, remain actual.

Please Note: This Email Newsletter is not legal advice, but only an effort to provide generalized information about important topics related to employment and the law. Legal advice can only be rendered after formal retention of counsel and must take into account the facts and circumstances of a particular case. Those in need of legal advice, counsel or representation should retain competent legal counsel licensed to practice law in their locale.

Sklover Working Wisdom™ is a trademarked newsletter publication of Alan L. Sklover, of Sklover & Company, LLC, a law firm dedicated to the counsel and representation of employees in matters of their employment, compensation and severance. Nothing expressed in this material constitutes legal advice. Please note that Mr. Sklover is admitted to practice in the State of New York, only. When assisting clients in other jurisdictions, he retains the assistance of local counsel and/or obtains permission of local Courts to appear. Results obtained by some clients have no bearing on results obtained by other clients. Copying, use and/or reproduction of this material in any form or media without prior written permission is strictly prohibited. All rights reserved. For further information, contact Sklover & Company, LLC, 45 Rockefeller Plaza, Suite 2000, New York, New York 10111 (212) 757-5000.

Repairing the World,
One Empowered – and Productive – Employee at a Time™