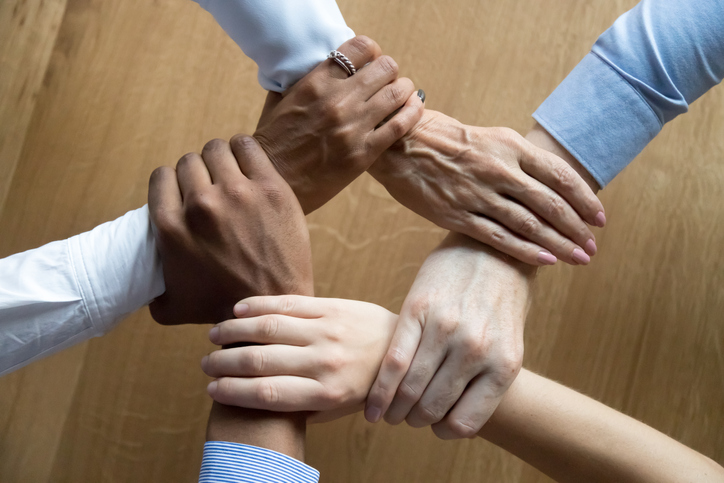 What you need to know about “Retention Agreements,” an Increasingly Common Human Resources Tool

ACTUAL CASE HISTORY: Terry, a bond trader at a mid-tier Wall Street firm, was called down to HR one morning, and was told that he needed to sign “some papers.” When Terry asked what the “papers” were all about, his HR representative told him, “Good news . . . you’ve been chosen to receive a special ‘stay bonus.’ Just stay with the company, and you’ll be given an extra twenty thousand dollars.” Sounded great to Terry. He liked his job, enjoyed working with the team on his trading desk, and had no plans to leave. “Why not?” thought Terry, and he took pen to paper, and signed on the two designated dotted lines. About two weeks later, the twenty thousand dollars, less deductions and withholdings, was automatically deposited into his bank account. Seemed like “manna from heaven” to Terry. And, as things often go, in a few months it was spent.

A few weeks later, rumors started traveling all over Wall Street that a merger was in the works: the word was that Terry’s firm was to merge with a Swiss concern three times its size. Terry’s firm had a special niche in foreign exchange arbitrage that made it uniquely attractive and valuable to the Swiss concern. The Swiss firm had a bond trading desk that did the exact same thing that Terry’s trading desk did. Concerns about layoffs were addressed up front: there would be a review period of six months, after which decisions would be made about who would be invited to stay, and who would be asked to go. It seems that this was precisely the reason for the “retention agreements” that Terry and his colleagues were asked to sign.

“Retention agreements” are contracts that (a) pay the employee money for (b) giving to the employer a firm, legal commitment that it will “retain” his or her services for a specified period of time. They are most commonly presented to employees to sign when a corporate event – such as a merger or a sale – is about to take place. They are valuable to employers for two main reasons: (1) instability instills fear of job loss in employees, who often seek job security elsewhere; (2) continuity of operations is important after a merger or sale takes place, especially to the company’s customers. Like every legal document, they can be helpful or hurtful, and must be taken seriously.

Terry and his colleagues on his bond trading desk soon learned why it was necessary to pay them to stay put: the acquiring company’s traders were doing everything possible to take over the “old” company’s customers and customer relations, as well. Terry and his colleagues were being frozen out of the lucrative trades that made the desk real money, and justified their year-end bonuses. It now seemed to Terry that his $20,000 retention agreement might cost him his $100,000 annual bonus, for two years – the length of his retention agreement promise. Some of Terry’s colleagues had not signed the retention agreements given to them, and so were entirely free to move to other Wall Street firms. But not Terry, in light of the restrictions he’d agreed to.

Terry finally carefully read over what he’d signed. The retention agreement provided that (a) he must stay on for at least 24 months after the merger; (b) if he did not, he was liable not only to return the $20,000 payment he’d received, but any profits derived from him trading with customers he’d traded with the past 24 months, which was nearly the entire bond-trading universe; (c) if legal expense was incurred by the company in enforcing its rights, Terry would be liable for them, and worst of all, (d) his employer could contact any future employers to advise them of this retention agreement. Perhaps most problematic, Terry had presumed that the retention agreement said – somewhere – that he would be entitled to continue trading bonds as he had in the past. It didn’t say that, or anything like it. Oh, and one more thing: if Terry left the firm before the 24 months, he forfeited all unvested stock options and restricted stock. Ouch.

Things only got worse. The “new” company’s bond trading desk took Terry’s two assistants from him, and drastically cut his entertainment expense budget, as well. He was now reporting to an assistant’s assistant, and taking orders from three people in two cities at the same time. His situation became nearly intolerable. If only he’d “looked before he leaped” for that twenty thousand dollar retention payment. Next time he will.

LESSON TO LEARN: “Retention Agreements” (or “Stay-On Bonuses,” as HR folks often call them) should always be carefully read, as they limit your freedom, and you never know when your freedom is going to be crucial to your survival. It’s like being tied to the wall when the house is on fire; surely, you’d like to retain your freedom to leave a building at any time, because you never know when it may start to burn. And there’s lots of other reasons to retain freedom – unrestricted freedom – more than we can list here.

Retention Agreements are most commonly used when a corporate merger is about to take place: to keep customers happy, to give new management an opportunity to assess their new staff, and to keep give new operators an opportunity to transition into new roles and responsibilities. A second common use of Retention Agreements is following a “bonus debacle”: when after bonuses are handed out, many people are unhappy and threaten to quit. In these instances, especially on Wall Street, supplemental “retention” bonuses are offered, but must be repaid if you leave before a full year. Retention Agreements are also used as part of “counter-offers,” after an employee has submitted a resignation, to entice him or her to reconsider, and stay on board.

“Retention Agreements” (or “Checks with Chains,” as we refer to them) should always be negotiated to your best ability, and to the limits of your leverage. Remember that these agreements require a legal commitment from you, to the same employer who probably finds legal commitments to its employees to be an impossible thing to do.

SkloverWorkingWisdom™ stresses “risk-limitation” in your employment relations, and careful, pro-active, aggressive negotiation of restrictions on your employment freedom is the essence of risk limitation. Every business person knows that when business deals fail to close, it is less common that they fail due to issues of reward allocation, but they fail more commonly on issues of risk allocation. Sure, your rewards — your salary, your bonus, your equity awards and your benefits — are all important; but you can lose them all – and worse – if you don’t pay strict attention to restrictions on your working freedom. Retention Agreements are, in their essence, restrictions on your freedom. And they’re designed that way, too. Don’t forget what we call them: “Checks with Chains.”

WHAT YOU CAN DO: Don’t take Retention Agreements lightly. They can hurt you, and help you, to a considerable degree. Review, consider and negotiate them to your best ability, and to the limits of your leverage:

1. First and foremost, don’t sign any Retention Agreement without carefully reading it, and considering it. While that should be a matter of common sense, we’re amazed at how dollar signs sometimes make common sense, “uncommon.”

2. Remember that Retention Agreements are presented to employees for a reason: to “buy” your skills, knowledge, business relations and efforts for a period of time. They are to be viewed as a business proposal, and nothing other than that, to be carefully reviewed and analyzed, as you would any business proposal. No matter what anyone tells you, like everything else, they are negotiable.

3. Don’t be afraid to ask that the retention bonus amount be increased. One of our clients, sensing that the acquiring entity wouldn’t close the deal without him, received four times the initial offer. Likewise, there’s no reason not to ask that the Retention Period be shortened, although this is granted less frequently.

4. Always ask that you be advised of any restructuring, realignment, or reduction in workforce, whether pending, planned or under discussion.

5. Always ask that the Retention Agreement be changed to provide that “all material elements of my position will remain unchanged during the retention period (including salary and bonus, benefits, resources, duties, customer relations, authorities and reporting structure).

8. Beware of any penalties in the retention agreement, such as payment of the employer’s legal fees, liquidated damages, or payment to your employer of its “lost profits” if you leave early. This could amount to millions of dollars.

9. If you believe you’re someone who the acquiring company sees as a key person, that is, one of the people without whom they wouldn’t want to make the deal, you have considerable negotiating leverage, and should play your leverage out to its limits.

10. Some retention agreements provide for delayed payment of part, or all, of the retention payment. Insist on present payment, or at the least, strong measures to guarantee later payment, including reimbursement of collection and legal costs. Remember that the “selling” company may later have distributed all of its assets, and have none left over for you. The acquirer should be asked to guarantee the payments.

If you are not comfortable with writing, or do not feel you know “What to Say, or How to Say it,™” we offer a Model Memo entitled “Model Memo Proposing a Retention Bonus or Arrangement,” to send to your Manager when you face a risk to remain on board, and your Manager faces a risk if you leave. To obtain a copy, just [click here.] Delivered by Email – Instantly!