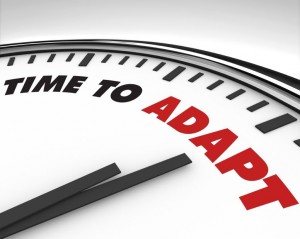 Take a look at this chart, and give some thought to these increases in year-over-year revenues:

Oh, yes, and take a look at these two increases in year-over-year revenues:

+150% Box, Inc., another firm founded in 2005, that lets customers store data online and retrieve it by mobile phones and PC’s.

Notice anything? Generally speaking, those younger tech employers that are not in the hardware business, and are staking out new mobile-based and cloud-based strategies, are growing fast. Whereas, those “older” employers that have remained wed to more traditional hardware and software, are not growing, and in many cases are shrinking.

These changes are eerily reminiscent of the loss of jobs in the traditional U.S. “Rust Belt” industries – including steel, manufacturing, and autos – to employers based outside the U.S during the early 1990’s. In the late 1990’s, jobs in service industries followed those manufacturing jobs to less developed areas of the globe. Those jobs migrated in large part due to their inherent mobility and relative lower cost, resulting in significant  employment dislocation.  That “migration” may be over, or simply changing form.

So, what’s this all seem to suggest about the future of work?

Second, goods and services that can be “commoditized” will be “commoditized,” with resultant downward pressures on revenues. Thus, the price advertisers paid for Google click-on ads – which are increasingly available to advertisers from Facebook, the Bing search engine, and various other media – dropped 6% in the last calendar quarter alone.

Third, employers who don’t continually focus on their changing business environments – meaning devoting resources to R&D, purchasing innovative start ups, and continually re-evaluating even their own core business models – will almost inevitably grow lower in market share, lower in revenues – and most importantly – lower in the number of people they employ and the relative rewards and security they provide their employees.

Fourth, each “upstart” seems to be proclaiming, “I can solve that problem, or serve that opportunity, better, faster, smarter.” And many seem to be doing so, as well. Large employers do not have a monopoly on creativity; rather, they may be quite effective in stifling creativity, initiative and adaptation. They seem to suffer from the adage that “Necessity is the mother of invention.”

Every employer is in competition with every other employer – and person with a vision – for customers, investment, and talent. Where will these resources migrate? To those who best serve human and business needs – not focused on their own.